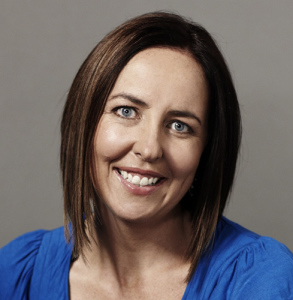 Liz Ellis is one of Australia’s highest profile elite athletes and most successful netballers ever. She surpassed the record for most test matches played for Australia in 2005, finishing with 122 test caps, and captained the Sydney Swifts and Australian Netball Team until her retirement in 2007. Liz’s career highlights include 3 World Championships, 2 Commonwealth Games Gold Medals and 4 National Premierships (Sydney Swifts), as well as being named Australia’s Most Valuable Player on four occasions.

Liz is also a highly successful and experienced broadcaster. As well as being a respected netball commentator, Liz’s articulate and engaging wit and down to earth manner has seen her in demand on many entertainment programs on both radio and TV. Liz has also enjoyed broadcasting for ABC Local radio.

Liz also has an extensive business background, including four years as a solicitor, working in property and infrastructure for a major law firm. She sits on a number of boards, which includes involvement in audit and risk committees as well as owning and operating Australia’s largest commercial netball camps, the Liz Ellis Netball Clinics.

In 2009, Liz became a Member of the Order of Australia (AM) in the Australia Day Honours for “services to netball and the encouragement of women in sport, and to the community through support for a range of charitable organisations”. Her achievements, strategies and philosophies on life are inspiring, and provide motivating and entertaining insights, as a highly sought after guest speaker.